Sending out a Christian Wave upon a Secular Sea

The CAG is proud of each member and his or her continuing writing accomplishments. Here are some of our members below and what types of writing activities they are doing these days.

Member note: If you are a member and would like to participate on this page with your bio, website, blog, or social media pages, please contact our CAG Website Director, Betty Booker at: mailto:Betty@babooker.com. 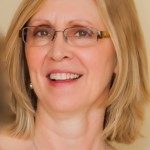 Deborah Crawford: Deborah enjoys each enlightening moment she spends with the inspiring members of Christian Author’s Guild. As a wife, mother, and grandmother, she also delights in the inspiration from her family. But having experienced a mother’s heartache over the choices of a prodigal daughter, she desires to encourage families living with children making poor life choices. She leads a Bible study and prayer group with mothers interceding for their children. Trying to reach mothers outside her local area, she posts promising messages of hope weekly on her blog. For more information about her heartfelt mission for mothers with prodigals, mailto:deborahrdcrawford@gmail.com

SUSAN M. WATKINS: A long-time member of the CAG, Susan is an award-winning multi-author and scriptwriter. She formerly wrote for The 700 Club television show produced at CBN’s international studios. Her published work appears in Encountering Jesus, Relief Notes-Encouraging Letters for Tough Times, We Will Survive (a Gloria Gaynor project), I Believe in Heaven, Life Lessons from Dads, America Remembered, Praying from the Heart, Heartfelt Inspirations and The One Year Life Verse Devotional. Additional writing credits include CBN.com, HisIsMine.com (a Max Lucado project), The Atlanta-Journal Constitution, The Atlanta Business Chronicle, The Wave, and website content. As a three-time winner of the prestigious 75th, 78th, and 80th Annual Writer’s Digest Writing Competitions and a winner in the Catch the Wave Writing Competition; expanding avenues await her arrival.

Diana J. Baker:  Diana has been a member of Christian Authors Guild since July 2000. Over the years, Diana has served the guild as President, Hospitality Chair, Membership Director, and Special Projects Director. She is currently serving her fourth term as President. As Special Projects Director, she compiled and edited a devotion book published by the guild. Her memoirs and stories appeared in all six books published by Christian Authors Guild. Her writing was also published in other anthologies and in Focus on the Family publications. Diana taught classes and lead worship at CAG conferences from 2011-2016. From 2004-2009 Diana was the Editor of Christian Living Magazine, a local magazine published by Go Fish Productions.

Diana and her husband Larry have been the pastors of Prayer and Praise Christian Fellowship in Woodstock—the church where Christian Authors Guild and Word Weavers Woodstock meet—for the past 38 years. Diana serves as Co-Pastor, Worship Leader, Pianist, and Children’s Church Director. She preaches and teaches the word of God, leads worship, oversees the children’s ministry, edits church materials, and writes children’s curriculum and music for the church.

Diana is a former first grade teacher and loves hanging out with kids. She is currently writing books and magazine articles for children. Her blog is called Life from Every Angle, and her blog posts include inspiration, humor, practical advice, collecting fun, and kid stuff.

Diana and Larry have been married for 49 years. They have three beautiful daughters who have blessed them with three wonderful sons-in-law, nine fantastic grandchildren, and one fantastic great-grandson. www.dianajbaker.com 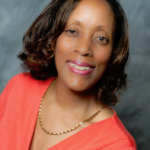 Vanessa Fortenberry: Vanessa joined CAG in 2010. A music teacher turned teacher-librarian; she enjoys story time with her elementary school students. Vanessa is also a member of the Wesley Chapel Creative Writers Group. She writes children’s picture books stories. God’s blessings have bestowed upon Vanessa additional writing projects for a creative nonfiction story for children, a contemporary fiction and an inspirational nonfiction for adults. You may visit Vanessa’s website for additional information https://www.vanessafortenberry.com/ 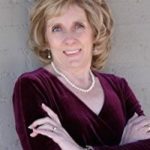 Cynthia L. Simmons hosts Heart of the Matter Radio and does regular podcasts called CAG Spotlight in which she interviews authors and VIPs in the writing industry. A past president and vice-president, the membership granted her Lifetime Membership in 2009 for her numerous contributions to CAG and its members.

A beloved wife and mother of five, author, speaker, and retired nurse, Cynthia is a dynamic person with a wide variety of interests and abilities. While promoting her first book, she had interviews on radio and TV across the nation and was nominated for 2008 Georgia Author of the year. Her newest book released in October, 2016 is a mystery about the banking in the Confederacy titled Pursuing Gold. http://www.clsimmons.com

Judy Parrott. God has called his people to be the agents of his will. On Judy’s website, you will see this in action. Read stories about the hands of God acting through the hands of His people for good.

M. L. Anderson. Mike is the Co-Founder and a charter member the CAG. He has served in numerous leadership positions including past president.

Michael has contributed to six of the CAG’s published books as well as several other anthologies. He enjoys teaching at writers conferences and writing articles. Michael is a frequent contributing editor for several trade magazines mailto:andersonwriter@gmail.com 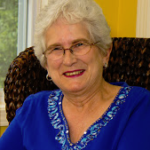 Frieda Dixon loves being a part of Christian Authors Guild.  She served as the 2012-14 CAG secretary and enjoys communicating with other CAG members. After graduating from New Orleans Baptist Seminary, Frieda worked for several years as a Minister of Education for a Baptist Church. She is now employed as an office manager for their family owned aerospace company. Writing is her long time heart’s desire and now her serious attempt at a third career.  Her inspirational stories have been published in Lifeway’s Mature Living and Chicken Soup for the Soul. An upcoming anthology published by OakTara will also feature one of her stories. Frieda has enlisted Inspiring Voices, to self-publish her memoir, “Born Three Times – It took a lifeline and a lifetime to find a new life, new liver, and new love.” Frieda enjoys life with her engineer husband, Charles, and being a grandmother of eight.  You can follow her blog about discarding the stereotypes of the senior adult years at: http://www.twolatebloomers.com

Cindy Pope Lowman born and raised in Alabama and had her first poem printed in the high school paper. Seeing her name in print, she knew right then she wanted to be a writer. She graduated from the University of Alabama at Birmingham with a degree in English and Journalism. She has written several magazine articles for “Birmingham” magazine, as well as The Independent Restaurateur  She is currently working on a trilogy of Historical Romance novels, as well as a series of ghost/murder mysteries. She serves as CAG’s Membership Director since 2013 and is also a member of the Georgia Writers Association. Follow her blog at: https://sydneymontgomeryauthor.com/blog/

Jennifer Henn serves the homeschool community through conferences and writing. She shares how you can teach your children at home, while enjoying the freedom to explore their individual interests. Her first book, Take the Mystery Out of Homeschooling: A How-To Guide, takes parents incrementally through the basics of homeschooling and offers practical advice so they can make informed decisions.

Jennifer and her husband live in Metro Atlanta where their nest is down to one chick. When not helping homeschoolers, she is the secretary for Christian Authors Guild, writer and online connections group leader for Wholly Loved Ministries, a member of Word Weavers Intl, and serves on the mission’s assessment team at her local church.  https://www.jenniferhenn.com/ 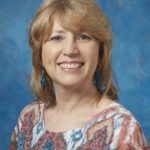 Betty Booker has been a member of Christian Authors Guild since April 2016.

As a wife, a mother, and a grandmother, she enjoys the encouragement received from family. She enjoys helping others to discover their gifts and talents.

Betty is the Web Director for CAG and Treasurer for Word Weavers Atlanta. She is currently working on two fiction projects – a modern suspense novel and a fantasy trilogy.  You can follow her blog at: http://babooker.com/